Characteristics: No distinct markings on the thorax. Wings folded over when at rest. Sluggish movement.

Cluster flies are commonly seen indoors from late autumn through early spring. So named for their behavior of clustering in locations such as attics, they are also commonly known as “buckwheat flies” for the odor they release when crushed. At 8 to 10 millimeters long, they are slightly larger than the average housefly and are gray in color, though with yellowish hairs on their thorax.

While the maggots of cluster flies eat earthworms, the adults are mostly herbivores. During the colder months of the year, they seek out warm environments to over-winter. While they will commonly use beetle tunnels or dead trees outdoors, indoors they congregate along cracks wherever they can find them. Common locations include garages, attics, and windows. These flies do not pose any particular threat, but they are a nuisance in large numbers. In addition to being unsightly pests, the droppings left by gatherings of flies can discolor a surface.

Prevention of cluster flies is best done during the warmer months. Cracks leading into a dwelling should be sealed, eliminating entry routes for the flies. Screens on windows and doors should also be checked for integrity since flies can enter through tears in a screen. If an infestation is found, a licensed pest control professional should be called in order to properly treat the affected area. This is especially advisable if the flies have consolidated in an enclosed area such as a wall or an attic. 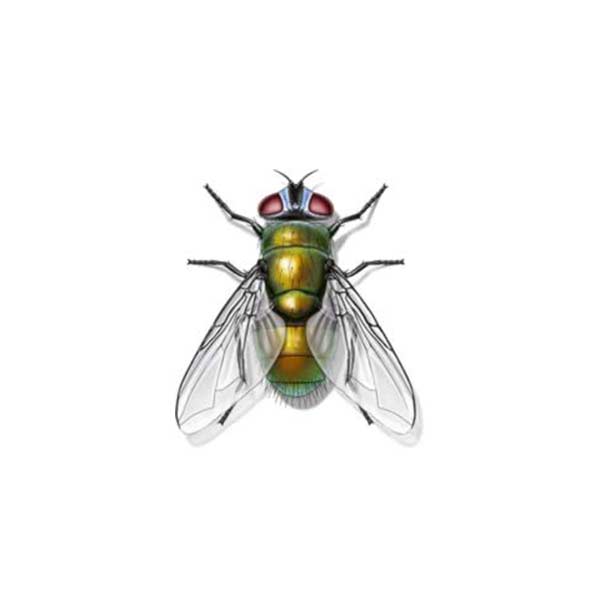