Characteristics: Gray flies with dark stripes and several dark spots on the body. Mouthparts are visibly extended forward for piercing the skin to feed on blood.

Stable flies are most commonly seen near facilities with animals but have also been found in open pastures. Both male and female stable flies are active during sunny days and typically land on the lower parts of animals to feed. When at rest, they can be found in the shade of trees or on the sides of buildings. Females lay eggs in moist, decaying organic matter that has rotting vegetation, such as rotting hay or fermenting feed. Once the eggs have hatched, larvae are only in development for a few weeks before they emerge as adults in the spring.

As mentioned previously, stable flies feed mainly on cattle and horses but have been known to attack sheep, donkeys, goats, dogs, and humans. On smaller animals, they land near the ears to feed due to superficial blood vessels. People are most susceptible to bites on the legs, elbows, and behind the knees.

Besides being a nuisance, stable flies can cause damage from their blood-sucking abilities. Mass attacks can cause livestock to lose blood and limit their milk production. In serious cases, the animals can become susceptible to disease as well as tissue or hide the damage. In infestations, stable flies can cause severe stress to animals that consequently reduces their vitality. Bites on humans do not appear to become irritated and bites rarely cause allergic reactions.

Infestations are rarely caught in the early stages, making it inevitable for damage to be caused once the problem gets out of hand. The best way to deal with or prevent an infestation is by monitoring livestock. Counting the stable flies present on the legs of animals in the morning helps to keep the situation in check; if the count becomes higher than about 10, the infestation has reached a damaging level. While traps can be used to help monitor activity, it’s always smart to contact a professional to better understand the best course of action for dealing with a stable fly infestation. 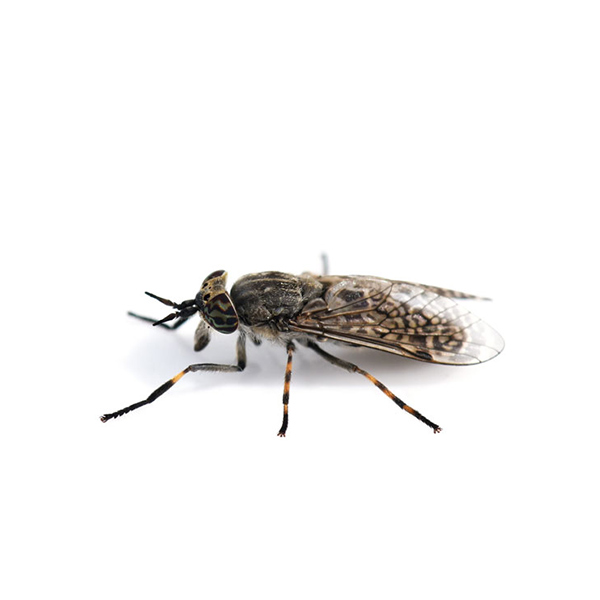